Cannabis for migraine?!
Implications of the endocannabinoid system for chronic head pain 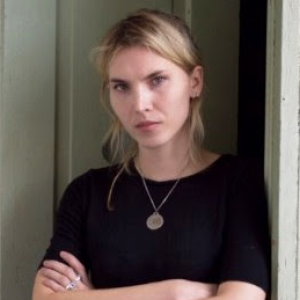 Allison Bulger is a technical writer passionate about technology and the sciences.
read more

Narcotic therapies for chronic migraine are often unsustainable. Marijuana is the natural medicine of the moment, so it’s no surprise that pain researchers have turned their sights on this remarkable plant. In Scientific World Journal, Eric J. Downer ascribed cannabis’ therapeutic potential to the anti-inflammatory propensities of THC and CBD, two of the many phytochemicals produced by the cannabis plant. These compounds, also called cannabinoids, are found in thousands of plant species. While THC and CBD are the most well-known, there are over one hundred exogenous or externally-produced cannabinoids, including CBN, CBG, and GBC.

What is the Endocannabinoid System?

What many people don’t realize is that cannabinoids occur naturally within the body as well. Discovered only twenty years ago, the endocannabinoid system has been an enormous stride for medical science. This self-regulating biological system plays a vital role in bodily homeostasis. Endocannabinoids, or naturally-occurring cannabinoids, flow between receptors in virtually every organ in the body, regulating emotions, memory, and physical sensations. The two primary endocannabinoids are anandamide and 2-AG, both only recently discovered in the 1990s. These chemicals are found in high concentration throughout the brain, especially in regions concerned with pain and reward. This new research makes it easy to understand why exogenous cannabinoids like THC and CBD provide such therapeutic treatments for a wide variety of ailments: they work within a system already designed to regulate the body and provide relief from pain.

TLR-signaling and implications for migraine

TLR-signaling has to do with the immune system’s ability to distinguish between self- and non-self molecules, or antigens. The MedlinePlus medical encyclopedia defines an antigen as  any substance that causes your immune system to produce antibodies against it. TLRs are pattern-recognition receptors that identify antigens and trigger an inflammatory response. When endocannabinoid production increases by the ingestion of THC, some evidence suggests that there is increased anti-inflammatory activity. The final outcome may be reduced neuropathic pain.

There are still contraindications and risks to keep in mind when considering marijuana as a treatment path. Exogenous cannabinoids like THC activate the ECS far more powerfully than endocannabinoids, and their intake may negatively affect immune function by lowering host resistance to various pathogens. Additional undesirable effects of THC and CBD may include euphoria, altered sensory perception, impaired memory, and enhanced appetite. The research is still uncertain, but overall it does appear that cannabinoids, both exogenous and endogenous, alter headache pathophysiology. Preliminary results, as well as plausible neurobiological mechanisms, warrant cannabinoids as a viable therapeutic practice.